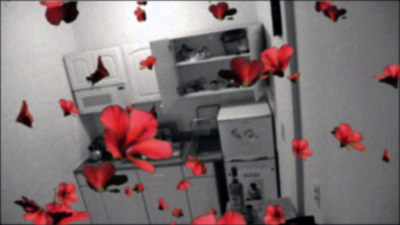 At Raffaella Cortese Gallery, the second solo show “Keren Cytter Exhibition” by Keren Cytter will be started from September 24th.

On show also some big size black and white drawings realized expressly for the exhibition, which have a dialogue with the footages from the film. The drawings realized on vinyl leather fabric become curtains used to play with the idea of theater curtains and of the installation.