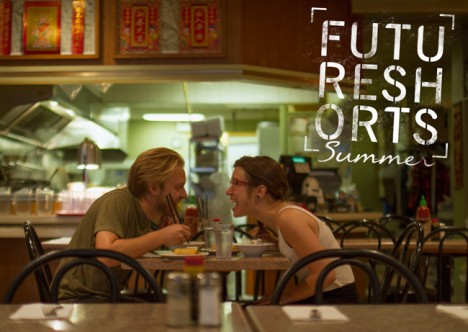 This Summer, Future Shorts programme “FUTURE SHORTS TOKYO: SUMMER 2014” which comprises of 8 classic, cult and award winning short films, will be held on August 22nd and 23th at 3331 Arts Chiyoda.

60 countries, 160 cities, Future Shorts Festival brings the best in short film to audiences around the world. Summer Season is officially here and brings you an exciting line-up of short films from UK, France/China, Canada, Spain, Austria, and France.

Highlights are the Oscar nominated short Just Before Losing Everything (France;2013) by Xavier Legrand – the story of a family where the mother has left her abusive husband and taken refuge with her children in the local supermarket where she works. Misterio (Spain; 2013) by Chema Garcia Ibarra which shows the complex relationship between mother, father and son who are heading for a crisis in which understanding is only one way of not listening to each other. Life Is A Bitch (Canada; 2013) a short film in which Francois Jaros describes Love. Shock. Denial. Pigeons. Hospital. F__k. Rejection. Cries. Awkward in 95 scenes, 5 minutes: life’s a bitch. The others are music video shows the ultimate cure, in the form of old people dancing, a beautifully surreal video collage and a YouTube anachronism as the overture of a clever opera-remix spectacle. Films are subtitled both in English and Japanese, and total duration of films is 80 min.
Also we have art installation or performance and music before the screening, and you can enjoy the films while drinking summer cocktails.