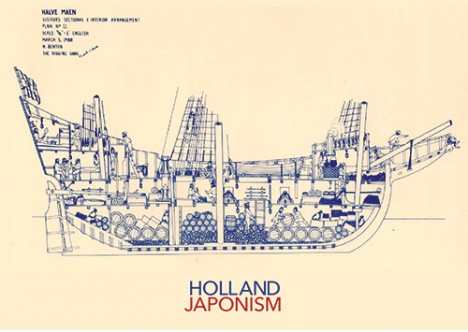 Japonism has its origin in the early 17th century Holland, and has influenced European artists in the 19th century. In 1609 de Liefde (VOC) headed for Japan at the risk of their lives. They encountered beautiful Japanese paper and took some back to Europe. Rembrandt Harmensz van Rijn (1606-1669), who is one of the most famous artists in the 17th century in the Netherlands, liked using beautiful Japanese paper called GANPI in his works.
Then Japonism spread throughout Europe in the 19th century, and now this paper is handed back to Dutch artists again, for them to work on it as an homage to its history. Even though each part of history seems to be disconnected from each other, actually history is an accumulation of small DNAs. In this August, a new history of Japanese paper will started.