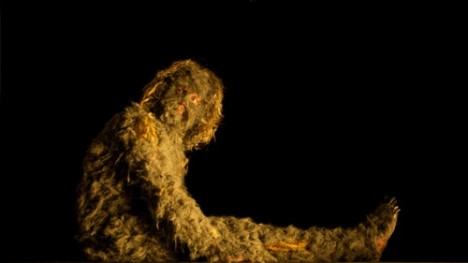 Parallel to the 61th Berlinale 2011, Haus am Waldsee is holding an exhibition of the first comprehensive survey of the German born Norwegian video artist Bjørn Melhus. Standing on the shoulders of such giants as Nam June Paik and Bruce Nauman, the internationally acclaimed artist concentrates on the absurd sides of cinema and television. Initially trained as a filmmaker before switching to the visual arts, Melhus remains part of the media world, which he analyses, deciphers and encodes anew within his own movies. The video artists who teaches in Kassel is not only a critical observer but also always embodies the responsible agent in his works when he stages his mostly humour-laden game of duplicity on the basis of sound-bites and his own film footage.