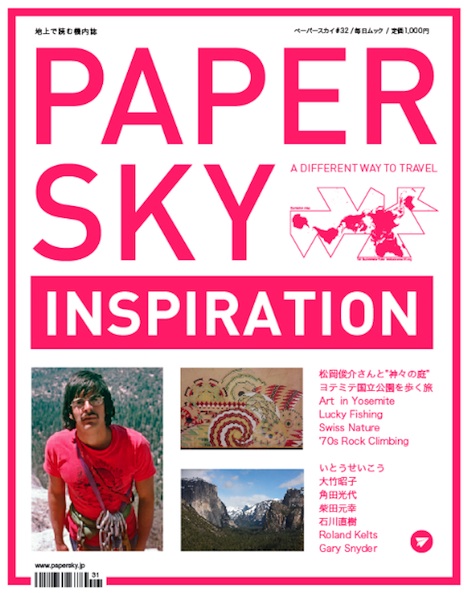 Out on April 30th, Paper Sky brings us closer to Yosemite National Park for their “Inspiration” issue (#32) in the form of an Art and Nature guide. The new issue also features a reportage on the fortune-driven culture of fishing in Japan’s once-thriving fishing capital Yaizu, a trip through the Swiss Alps as well as a closer look at the California climber culture of the 1970s through the  Stonemasters book and the infamous and epic climbing film El Capitan. There’s also a reprinted selection of Gary Snyder poems to go along with the Yosemite features in addition to the regular columns by Naoki Ishikawa, Seiko Ito et al.