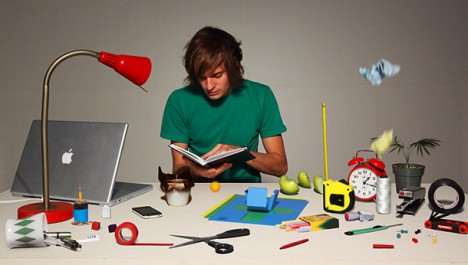 OFFF International Festival For The Post-Digital Creation Culture this year will take place in the city of light.
According to the exciting program, this edition promises to turn into a blast. Matt Pyke from Universal Everything, H5, Vaughan Oliver from v23, Joseph Kosinski, Julien Vallée, Michael Paul Young, Neville Brody. See featured artists for all the details. Since the festival became itinerant, after Barcelona, New York, Lisbon and Oeiras it will come Paris, France, on June 24th, 25th and 26th.

Facing its tenth anniversary, OFFF keeps on moving, pushing its own boundaries further, reaching for new experiences. It’s been ten years in the vanguard of the avant-garde. 120 months redefining post-digital creation. 3.650 days discovering amazing artists. 87.600 hours learning new ways of expressing human feelings. 5,256.000 minutes of breathtaking experiences. 315,360.000 seconds dreaming on RGB.
We lost the count on cofee cups, cigarrettes, bad sleeping, the sweat and the tears -no blood, fortunately- long time ago.
But we also lost the count on the magic moments, the warm welcomes everywhere we’ve been, the unconditional support gestures and the new friends we’ve met all over the world. So many of them.
Today we’re a little bit older and, hopefully, a little bit wiser. OFFF has got bigger and better. But it’s still driven by illusion and the aim to get even bigger and better. There’s still too much good art to discover, enjoy and learn from out there. So, after ten years, all we can say is: THANK YOU AND KEEP ON ROCKIN’!