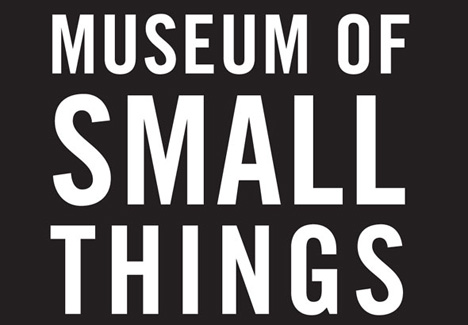 Selfridges’ Ultralounge, the London store’s permanent arts and exhibition space, launches its 2010 season with an exciting new show, initiated by Pocko, that celebrates the beauty of the small:The Museum of Small Things (M.O.S.T.), starting February 5th and continues until March 7th.

The Museum of Small Things will inspire visitors to open wide their eyes and to slowly look, and then look again, at the world they inhabit. M.O.S.T. will house priceless gems too subtle to compete with the show-stopping technology of the modern world. Modest masterpieces under-valued in cultures where biggest is better and mega, if achievable, is best, will be centre-stage. The variety on display in this museum will dynamically demonstrate how the lines between all forms of visual expression have become blurred. Exhibits range across images, objects, moving pictures, ideas, detritus and treasures. You can sneak preview the show from their blog.