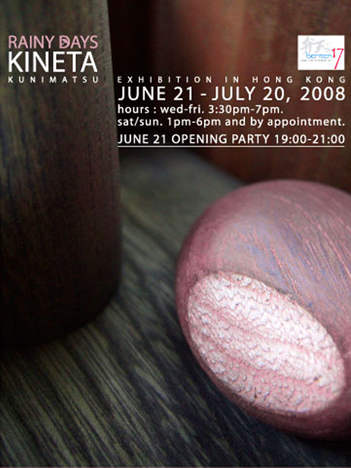 Kineta Kunimatsu Exhibition “RAINY DAYS” will be held at Gallery Benten 17 in Hong Kong from June 21st for a month. As introduced in the past article, Kunimatsu is a Hokkaido based sculptor whose works were listed for Hong Kong ArtWalk 2008, the biggest yearly charity event in Hong Kong and exhibited at the gallery in last March. His live performance collaborated with a Hong Kong based musician will be shown at the opening on June 21st.