Brit Pop legend Jarvis Cocker, whose latest music project is called JARV IS… played before his Brit Pop homie Mr. Albarn. He gave a very solid live show, showing off how comfortable he feels on stage with his repertoire of hip-wiggling moves and at ease conversing with the crowd between songs. Conceived as an art project, the band released their first album in 2020 hitting the top charts in the UK. 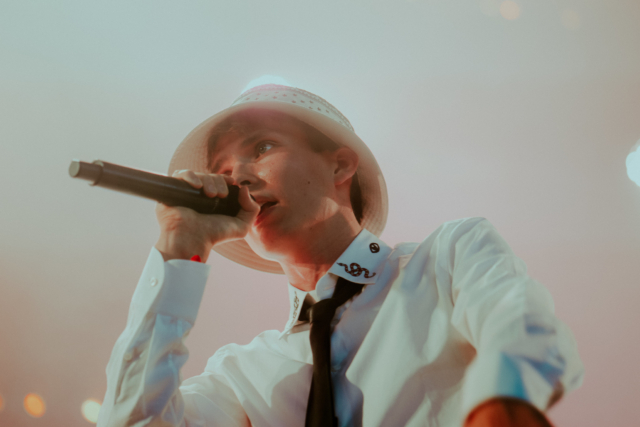 Local hero, Finnish rapper IBI also played on the opening night. He sings in Finnish, which sounds like a fantastic approach, touching themes that resonated with the homegrown audience; locals were raving about the Helsinki-based artist. 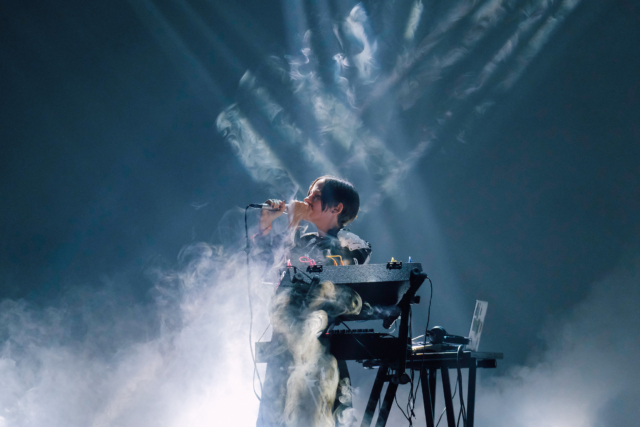 Italian composer Caterina Barbieri played on The Other Sound X Sun Effects pavilion. This seated, enclosed stage created a more reflective, intense ambience which leant itself to her live performance of The Spirit Exit, an exercise of modular synthesis intimacy and atmospheric voices and textures. Her poetic approach and visuals of space and earth mesmerized the full-house pavilion. 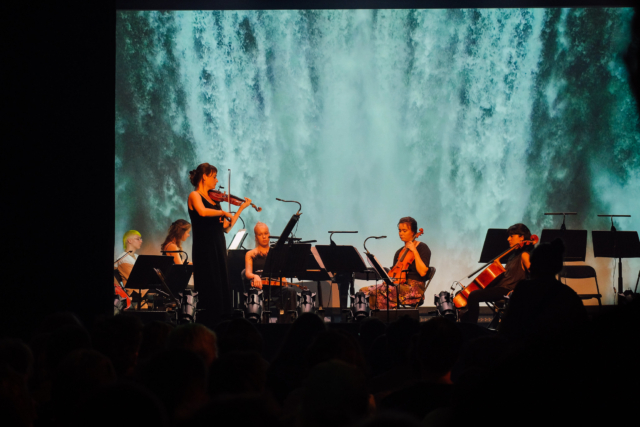 On Saturday, we had some extra activities in town. We went to visit the University of Arts, a magnificent industrial warehouse renovated by Finnish JKMM architects. “Our holistic design vision was informed by a need to bring people together into a building that allows flexible use but is also firmly rooted in its urban context.  It was critical for us that the new spaces did not in any way limit what could be created within their walls but instead would inspire students to be bold and imaginative in pushing the boundaries of what they can achieve in the building. In reality, the spaces are only complete when the arts students occupy them and make them their own”, says the project’s lead architect and co-founder of JKMM Asmo Jaaksi.