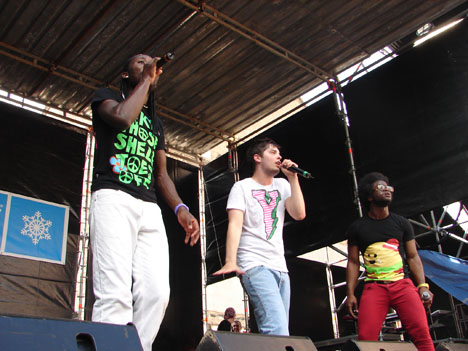 Friday started with a fresh presentation by the British Young Fathers, the three members dancing on stage while they sing some old school hip-hop and electro pop. Right after this came one show that was so accurate and meticulous, with an exciting and powerful mix of sound and imaginative use of visual imagery by the visual artist Quayola from the UK in a spectacle where the geometrical images were following and creating waves with sound that was loud but clear. A great presentation. 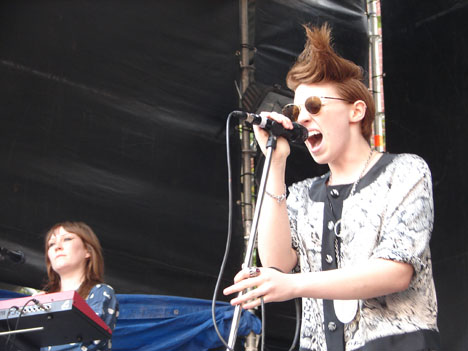 One of the biggest concentration of press photographers near the stage, I have ever seen at a Sónar by Day and a very enthusiastic crowd singing every hit, greeted the newelectropop star La Roux (UK) lead by Elly Jackson. The duo performed along to a huge support from the audience. 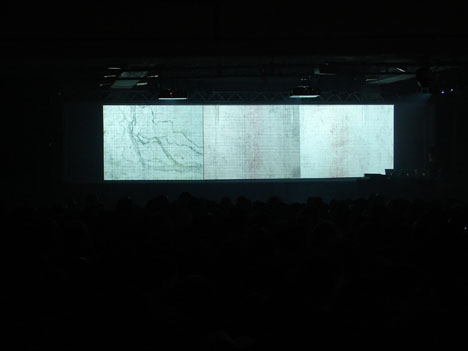 After jumping outside in the open air stage it was time for some intimacy inside the Sonar Hall to get hypnoticed by Japanese Ryoichi Kurokawa with their minimal compositions using image and noise sound frecuencies in one of the most experimental sets of the day, it was really great to see and listen. 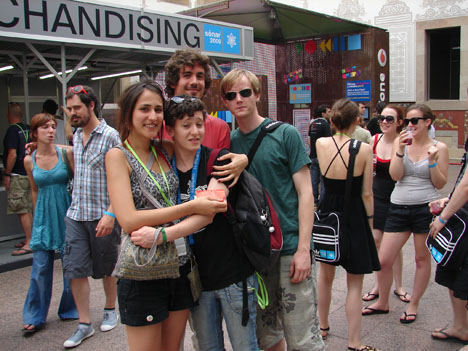 An artist who had huge popularity during the day was Micachu and The Shapes. The trio presented their new album “The Jewerly” and looks like we are going to have this band around for a long time because their ambibalence and capacity to jump from the garage, electro pop is really catchy. 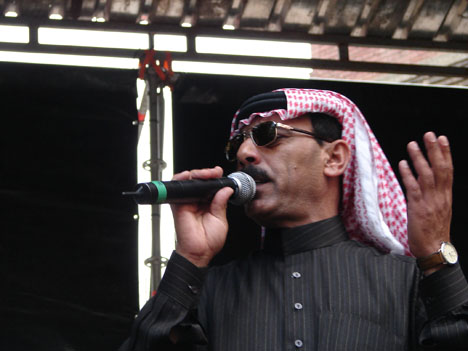 But I haven’t seen the huge crowd dance so happy and energetic as they did, with the exotic techno folk coming from Syria by Omar Souleyman. Their records usually sell massively in petrol station all over Syria and their show at Sónar was a explosive and sensual cocktail of arab tradition and folk pop with the use of “dabke” vocal sound. One of the best moments during the day. 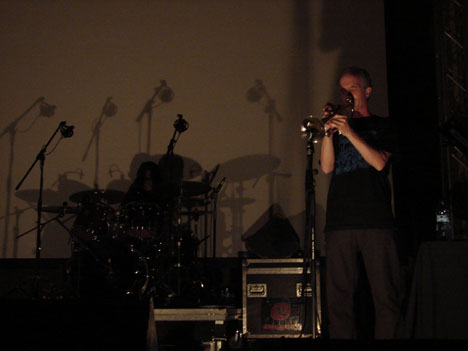 Later on, once again the semi-local band took the Sónar Complex, but this time was something speacial, I’m talking about the incredible trio formed by Arnau Sala (from cult band Les Aus) on the drums, Mark Cunningham one of the most influencial musician from the no wave movement in New York with his band MARS, and Adrián de Alfonso from local band Veracruz. These three characters form Bèstia Ferida a conceptual noise band near to the free jazz sound, who improvised and moved in a freestyle atmosphere. Bèstia Ferida is someone else, some avantgarde coming from a deep interior force. Brilliant.