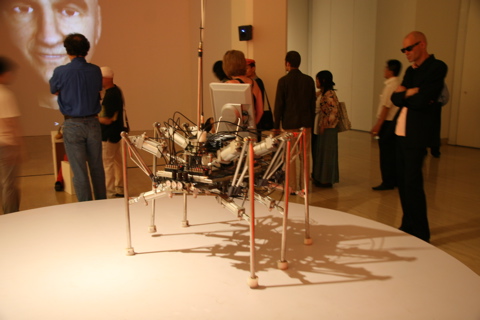 The exhibition in the Chinese Art Museum uses a large space of 4500sq meters indoor and 2000sq maters outdoor. The Indoor site has more than double the space of the exhibition space of the Media Art Festival at the National New Museum. The works are collected from 29 countries. They are exhibited based on 4 themes; “exceed body”, “emotional digital”, “recombinant reality” and “here and there and everywhere” The space assigned to each work was large. I’m impressed that they put great value on the artists’ view of the world and are trying to show their works respectfully. 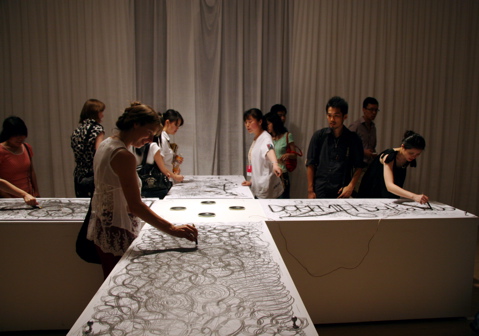 About 40 works are exhibited. There are many works that has become famous at the past art festivals in America and Europe, including Ars Electronica. It was my impression that 60 or 70% of the works shown were these famous works.
There are only a few works that are difficult to understand. Many physical sensational works, which are easy to understand, were chosen for the exhibition. It has to be a good exhibition because all the best works are collected from around the world. You can’t see all these works at once in Japan, America or even Europe. 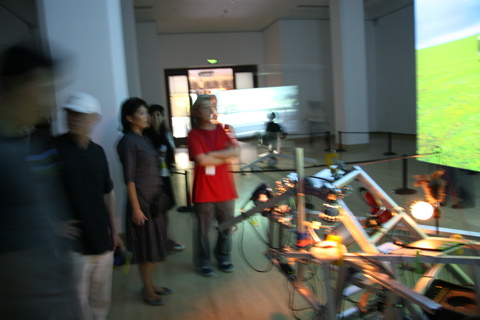 In these, there are works of Chinese artists and other Asian artists from Japan and Korea. “Object B VS” by exonemo, is the only one Japanese artists exhibited from Japan. According to exonemo, when they had attended an overseas art festival, a curator Mr. Zhang Ga found their work and asked them to exhibit for this “SYNTHETICTIMES”. In my opinion, I wanted to see more Chinese or Asian artists’ works especially when it’s held in China. 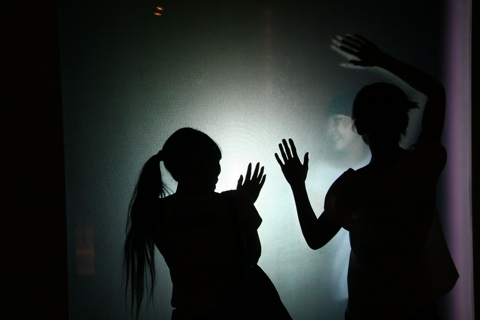 There were only a few works from Japan but a film directed by the “Japan Media Arts Festival” was shown at the Beijing Imperial Palace Art Building of Tiananmen East, which was a satellite site. In China, Anime and Manga are very popular and that type of films would attract many people. 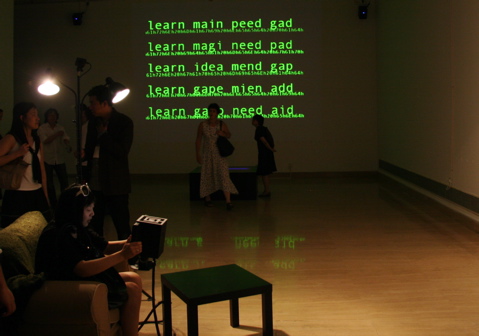 This exhibition was wonderful and the largest exhibition I’ve seen in a past few years. However it’s true that I felt that something is missing. I think that’s because most of the works has already been popular at other famous festivals. And I was expected that this exhibition would be something that China presents their new conception to the world.

May be this is their plan. They might be thinking to show the world’s popular arts to young Chinese artists as the first step. Then as the next step, they might be going to show a new and their own media art to the world.