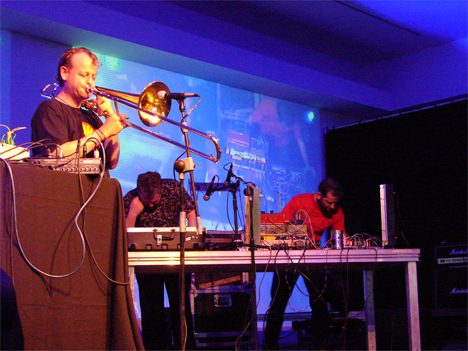 Inside the MACBA (Museum of Contemporary Art) the sweetness of Piana faded and gave in to the noise experimentation of the UK Black Galaxy (one of the members comes from Napalm Death, so we already expected something powerful). The dark sounds from the trio were mixed with air -metal instruments like a trombone and home made instruments in a mix of improvisation and technique. 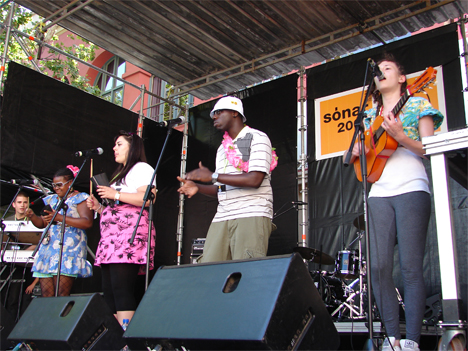 The Open air space got to dance again with Mica & The Cluster (UK), just with some elements, a guitar and some percussion performing a daring show. 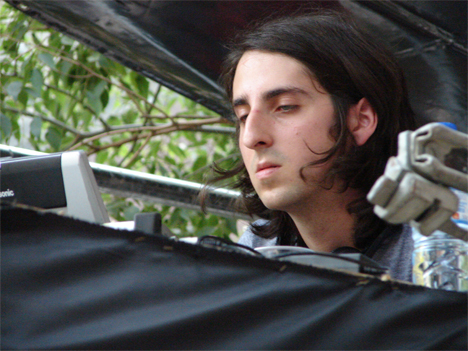 The real time to dance and the warming up for the Sonar night shows came by the hand of the young UK Dj James Holden (Border Community) in a fantastic electro-dance set for the late afternoon. 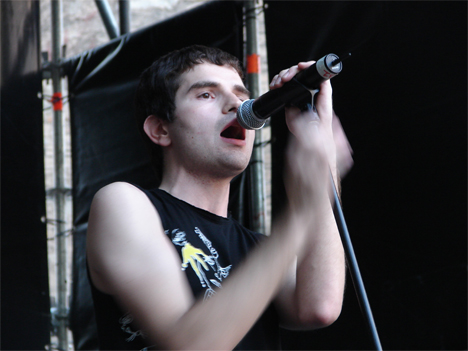 The last Show before it was time to run and get something for dinner and get ready for the Opening Night Special at The Sonar Park, was performed by a local band named Dorian. The quartet brought a little of the Spanish tradition of pop from the 80’s with electronic and dance arrangements, which fit very well for the end of the first Sonar-by-Day.