Stepping in the left side of the entrance, visitors were captured by David Rokeby‘s surveillance camera and saw themselves on the screen projected on the wall. The projected image was overlapped, so there were also images of people who were not by. The individual face was closed up on the next screen. Sometime, the selected person was even more closed-up with words like “slightry paranoid”, “conflicted”, “distracted” and “hugry”. In the age with surveillance cameras everywhere, this was the work criticizing the way of classification and observation of people in public space. 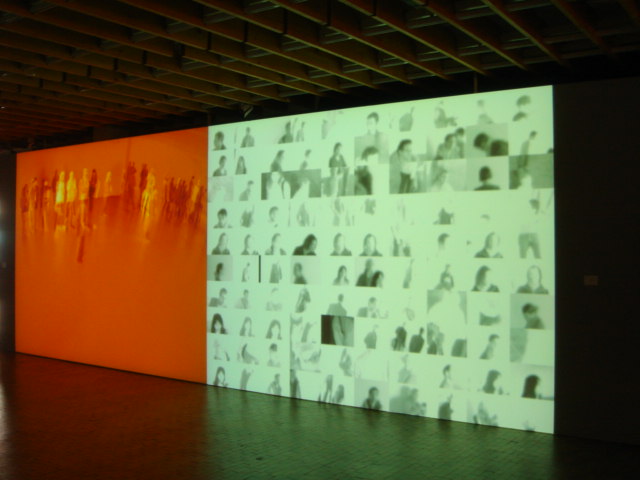 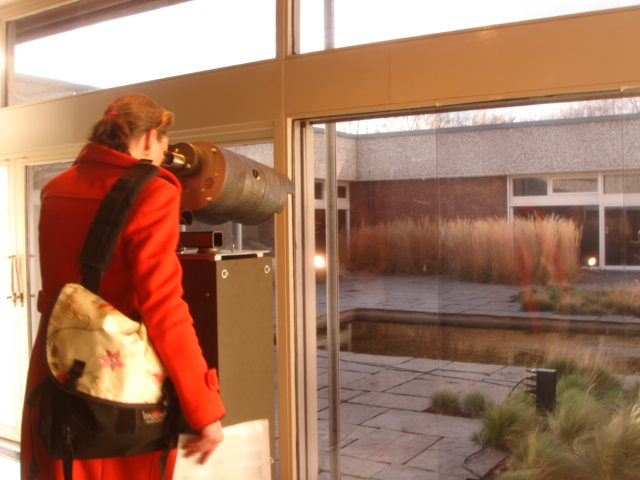 What is that you often see with binoculars at observation deck? Visitors were making a line at the binoculars placed toward the court with a pond and plants. This was “Scripted Emotions” by Kurt d’Haeseleer. I thought there was something over the building because every single person was carefully watching the small court from various angles, but I actually took a look inside and found the night car park. 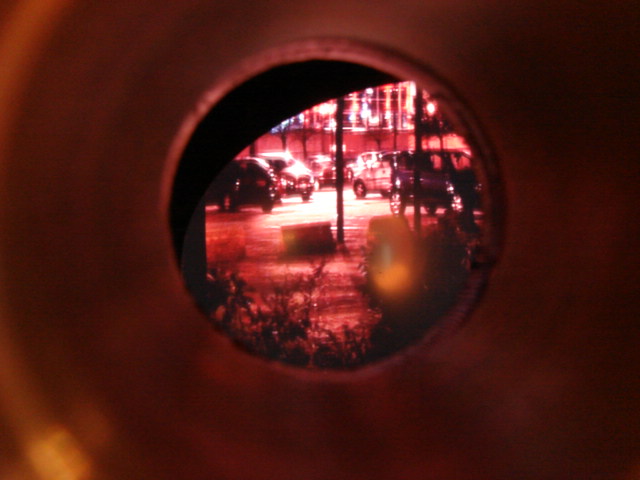 This was the work that visitors could see another world by inlaid screen. Waiting people look blankly at the sunny court, and prying people see the night scene with street lamp to the same direction.

Also there was a work by one of the members of //////////fur////, Roman Kirschner. It was called “Roots” inspired by Persian icongraphy. The iron crystal was adhering to the end of grass during the sound and irregular rhythm. It was impressive that visitors carefully see those works with the description papers handed. 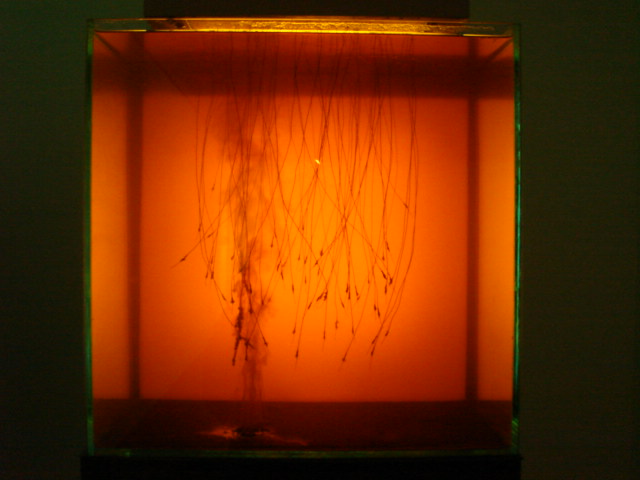 Leading visitors smile was a video work “Choose” by Cipriam Muersan. A boy was sitting in front of Pepsi and Coke with a glass. He pours Pepsi after some moments. When we thought he chosen Pepsi, the boy also pours Coke in the same glass and drinks at a dash. About 30 seconds work. People looked like finding they have never been puzzled between Pepsi and Coke, together with charms of the boy, became smiles. 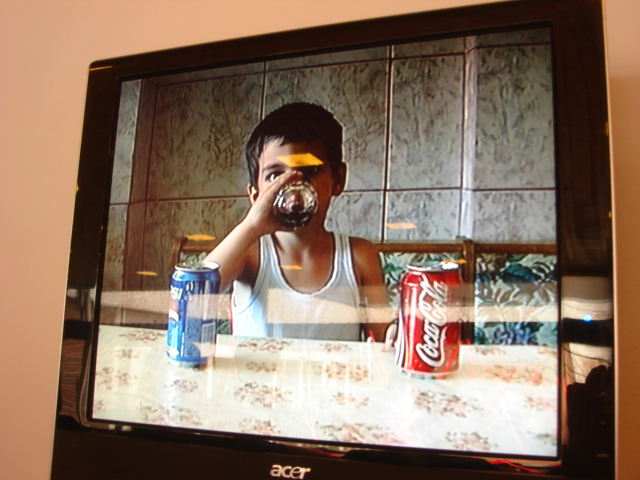 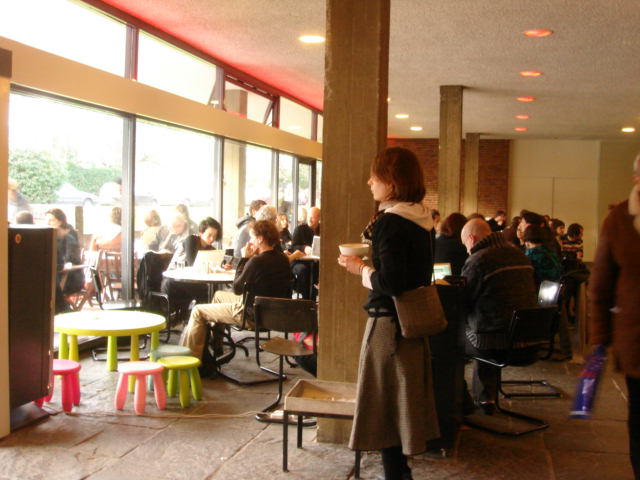 The first video festival, which became a predecessor of TRANSMEDIALE, was held 2 years before the integration of East and West Germany. This event has grown innovating multimedia and media art, together with the changing of times. 20-year-old at that time is 40 now. I also found visitors with their children enjoying the event. Curious Berliners, and the city of Berlin. New culture is born, and takes root.