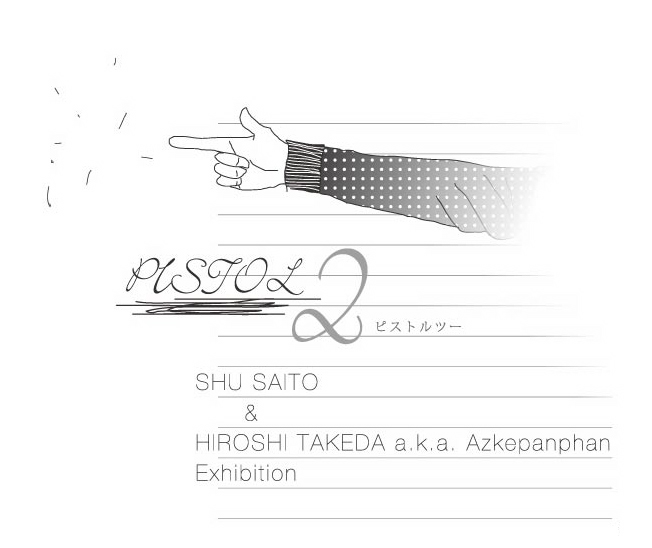 Sapporo Tokei Dai is one of the popular sights in Sapporo. It was taken place at the Sapporo Tokeidai Gallery for the exhibition. It takes a few minutes from Tokeidai by walking to get the old gallery. Next to the gallery, there is an old art supply shop that must be known by the people who are interested in art. However it was the first time for me to be there since the gallery usually does not hold the exhibition of contemporary art which I am interested in.

On the last day of the exhibition, I was in hurry to get there by the end of time. I was almost lost since many buildings are crowded. Finally I found out the sign of Tkeidai Gallery. I went up the stairs directly from the entrance. I could see many posters on the wall. At a glance of posters or post cards, I could not find what I am interested in. At the time I realized many galleries exist which I have never known. I kept walking the hallway, and saw a few exhibition areas. PISTOL2 was on the left area. 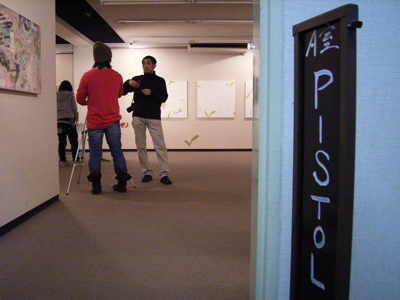 PISTOL was the project by Shu Saito and Hiroshi Takedawho are artists from Sapporo. It was the second time of collaboration for them. While they were talking to the customers I was trying to have an interview. About second time exhibition they gave me a talk, “We didn’t want to make this time such as only with close friends collaboration exhibition. Not to be that way, we carefully chose the gallery where is a little different kind form the place we have had exhibition ever. Since this gallery is a shop of long standing, we wanted to be seen our works by many eagerness this gallery fans, and also wanted the people who are the first time to be there to have fun this gallery. Those were the reason why we chose the Tokeidai gallery.” 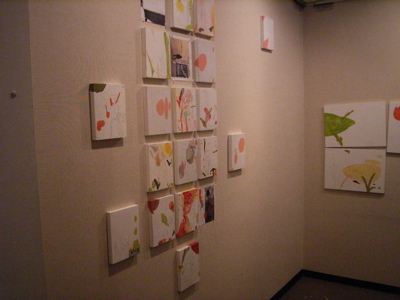 At the first exhibition space, we could see the Shu Saito’s works and next the Hiroshi Takeda’s works. I felt their identification, peaceful energy for sure even though their works styles are different. Shu’s works were tilted intentionally on the wall and seemed almost fail down to the floor. In fact he was told by customers “It is tilted.” The style of the way of exhibit which diminishes the line of between the wall and floor caught my interest. I thought it was not underground but natural. 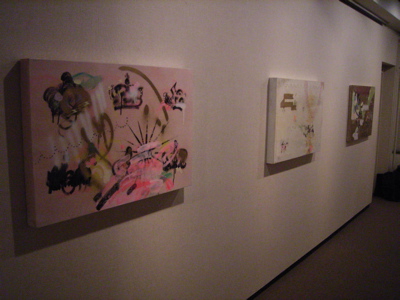 The wall space for Hiroshi Takeda’s works had exhibits like a room, including curtains at both ends, lights, and small works, which was really unique. There was a heater at the space as a real facility, but it naturally matched up those exhibits. Flat works were simply exhibited on the other wall faces, and those showed both naiveness and strength. 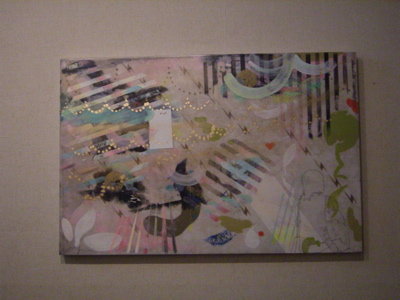 PISTOL2 was a conceptual exhibition well concerned about the entire picture, as well as each single work was also spectacular. The 2 facts; the fascination of works themselves and the total concept of whole direction, might be the key. The self-producing skill of the artist must continue to take its importance. Based on this stream, what will the next PISTOL3 be like? Looking forward to it, I would like to continue supporting their projects.