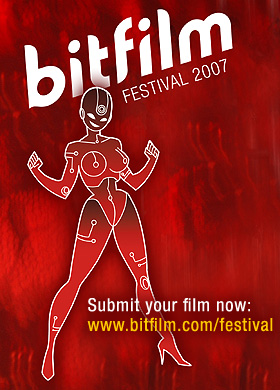 The 8th International Bitfilm Festival for Digital Film will take place on the Internet, in Hamburg (Germany) and in Barcelona (Catalonia). All selected films will be shown online. Netsurfers are encouraged to recommend them to each other, generating virus effects.

The Internet festival will be opened by a three day live event in Hamburg from August 9 to 11, 2007. It will include a conference on the film industry in the digital age and open air screenings. The nominated films will be presented at a live event in Barcelona on September 19 to 20, complemented by live performances by international audiovisual artists. The Bitfilm award show will take place on October 8, 2007 in Hamburg.