On 19th of November, there was a live show by a Tokyo based electronica musician, mjuc (Hideaki Takahashi) and another electronica musician from Germany, Uwe Haas. They presented improvised-like high-quality sounds and visuals from their new albums “parallel points” and “OUTSIDE”, which were both released on October. The fantastical and sedate time ran slowly in the venue. On 24th, they also presented the same show in Sendai, as a DOTMOV related event in collaboration with Apple Store. Exclusively in Sendai, they collaborated with a creative production WOW, whose work was also featured in the DOTMOV special program, and “Motion Texture” reacting to their sounds was added. 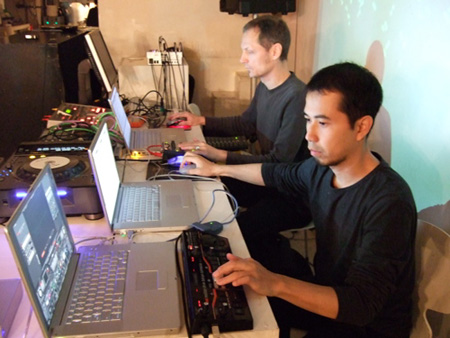 A creator of one of DOTMOV selected works “Taxi” featuring images of an intersection, Hiroshi Kondo a.k.a Second To None Works based in Sapporo also showed his performance on the same night. 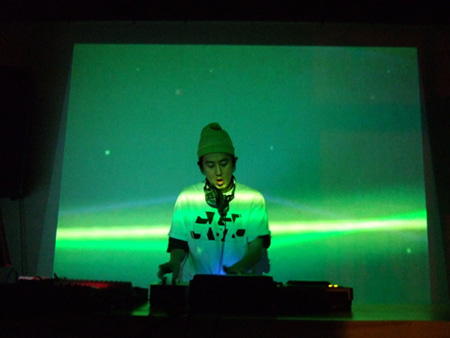 His performance with abstract beats by sampler, DVJ and other electronic music equipments was spiced up from his selected film work or last year’s performance. The end result was more pop and had an impact. 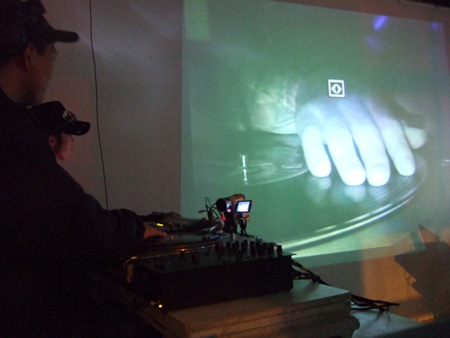 On 24th of November, a regular music event SOSO presents on every 4th Friday, “KAZYANIGHT” also participated as a special version titled “KAZYANIGHT + FANICON”. A VJ unit of the Family Computer generation, “farnicon” was featured at the night, and Mario Brothers appeared. Everyone was playing old familiar games at the special game booth. 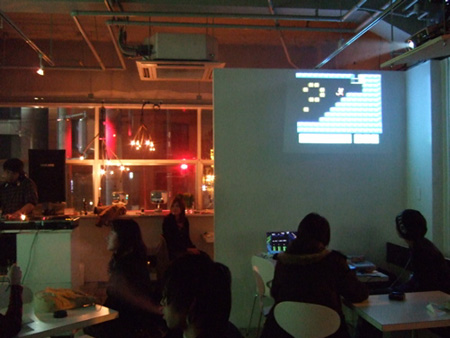 The climactic performance of the night was DVJ scratch by a guest DJ WILL’B’MT and a VJ DAN. 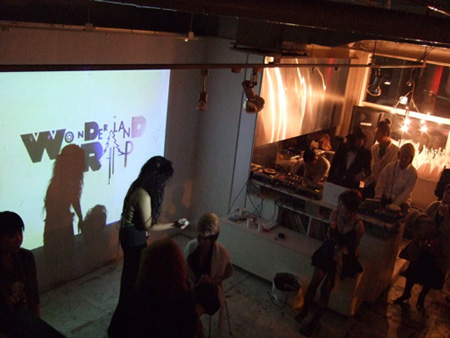 On 26th of November, the last event was done by Atelier FLY, known for make-up. Atelier FLY opened a new shop on this November, in collaboration with a hair-make studio Essence. As the commemoration of shop opening, they presented a show with hair-make, projected images and illustration. The event theme was “WONDERLAND TRIP!” having a dress code, and the venue turned into a gorgeous big ship to a world trip with glittery visitors. 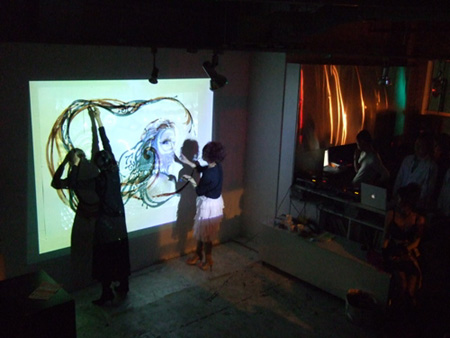 They simultaneously projected 2 kinds of images, traveling scene and person, using 2 projectors, and Miwa Yokoyama and Emi Shiratori added illustration on it. To Russia, to France, etc. The music collaboration to the traveling country was also perfect. Visitors received a special package of hair-make goods as a souvenir from Essence and Fly.