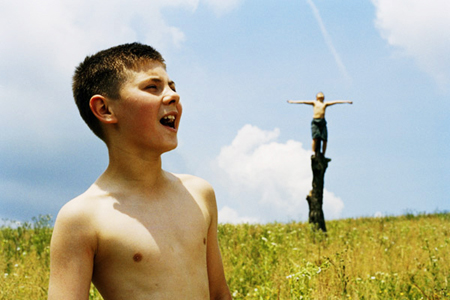 The most famous “a short film” festival is probably “short-short film festival” started in 1999, is holding in five or six cities in Japan. The actor Tetsuya Betsho represents them. “Short-short film Festival in Hokkaido” starts in 2000 as Hokkaido tour. It is held every year, and it grows up as a movie festival which 20,000 spectators come. They have original program and event for the festival every time.

Sapporo original movie festival “Sapporo international short film festival (as SAPPORO shortstop fest)” starts in this year. Sponsors are company in Sapporo and executive committee. They recruit works from all over the world. You will fully enjoy this festival. They also aim to be a place of encounter, interchange and business for a director / an actor / producers.

“SAPPORO Short fest” shows 97 works that nominated for competition, with 27 countries of 1800 works with 70 countries at the movie theater as a main hall, which is booked for the festival, in the city in five days. They also have some theaters like Keno Theater for substitute. Judges are Roger Gonin (director of Clermont-Ferrand International Short film Festival), Derek Zemrak (director of California Independent Film Festival), Peter Barakan(broadcaster), Monkey Punch (Cartoonist).