The second day on Saturday 19th was fine weather from the morning. The performances started at 13:00. The first artist at “Sun Stage”, Mongol 800 warmed up the venue. 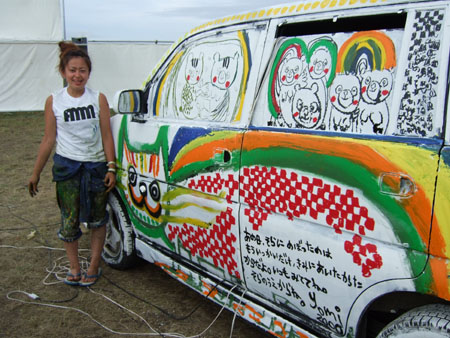 On the way to from the “Sun Stage”, we saw YOMI finished drawing on a discarded car which was really impressive. 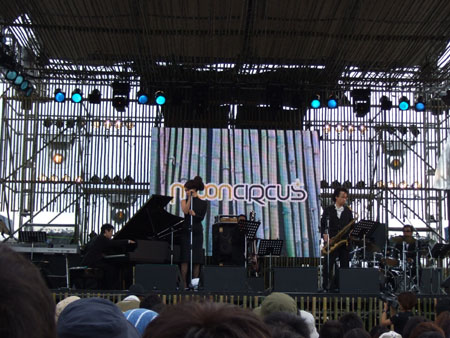 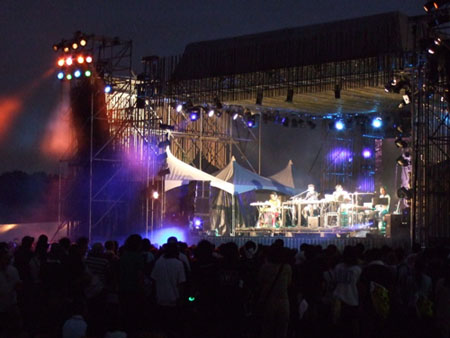 The former YMO, Yukihiro Takahashi showed ambient electronica. He invited the audience to the different quiet space with his mellow MC and moody sounds. 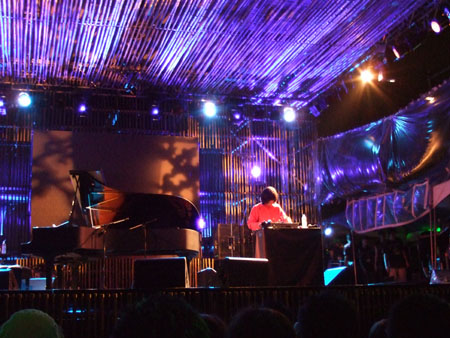 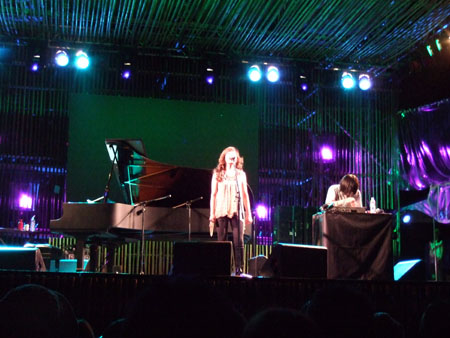 Then Akiko Yano appeared with a call out from the audience. She added soft and angel-like voice and made the most comfortable space. Just before the last song of Akiko Yano, fireworks exploded in the night sky. Akiko Yano said “Then I’ll give you BGM of the fireworks,” and continued singing. It was luxury time.

A Sapporo based band “sleepy ab.” who have attracted public attention on a nationwide scale with their oriented clear sounds and lyrics, also appeared at RSR for their first time. They started playing at the best time while the fireworks exploded at the “Green Oasis” symmetrically-placed from “Moon Circus”. It was fitting that they chose “Scene” from their 1st album as the last song. 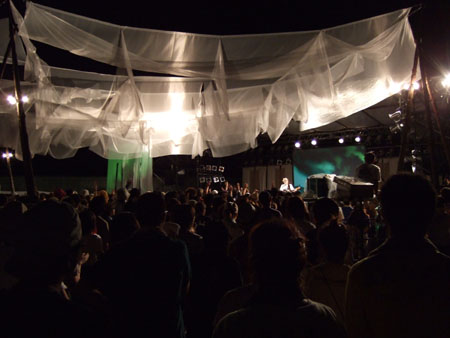 Lastly, we went to the “Bohemian Garden” placed at the bottom of the venue. Performers were Marcos Suzano plus Takashi Numazawa plus Haruka Sakota (VJ) with Fernando Moura, Toshiyuki Mori, and Yuji Katsui. Marcos Suzano is a percussion player from Brazil, and a pioneer of an instrument like tambourine called Pandeiro. Their stage was just fantastic. The wave of rhythm. The minimal keyboard and sampling. The non-stop hour and half play time rushed by. 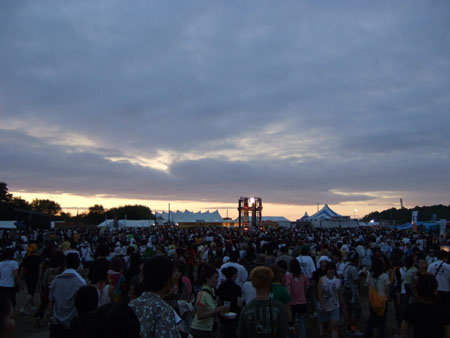 Somewhere along the line, I slept on the grass. It was about 4:00 in the morning when I found myself. The last artist at “Sun Stage” was KEMURI. Even though it was already sunrise, everyone didn’t stop, they were even jumping. As the final encore was about to finish, the sun finally peeked out from between the clouds. 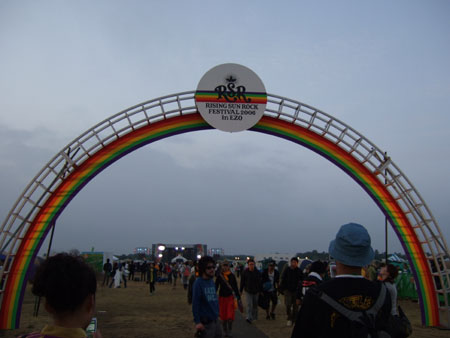 We left the venue, deciding to come back next year again under the rainbow arch of RSR. Tiredness turned into a sense of fulfillment at home, and I felt that those 2 days had flown by.