As one of the features of this 3rd Triennial 2006, there is a “House-Museum Project” to renovate about 40 vacant houses and school buildings into art spaces. The increased vacant houses due to the disasters cost money just to be destroyed, but artists and architects dig up the value in it and renovate with their works. By being managed by local people, they also function as a new type of community place. The buildings, which came through the world’s heaviest snow over tens of years, show the weight of history and give the artwork a hearty taste. The conversation with local people there also continue living in your mind as a part of the artwork, for good and all. 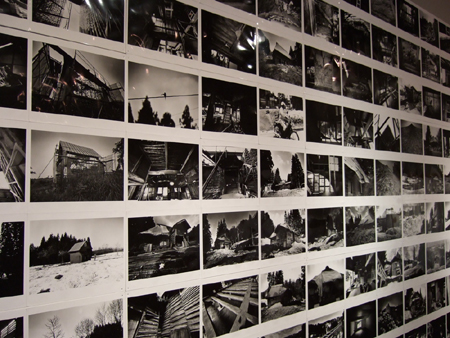 I couldn’t actually visit all these house/museums in the whole villages, but “NO BUTAI” had also the project’s exhibit showing each renovation in models and pictures. “House of UBUSUNA”, which was renovated from an 80-year-old house, in Gannyu Ceramic Village in Tokamachi is where you should visit to see one of the features of this project. Eight top Japanese ceramic artists of different schools are exhibiting their works and organizing tea parties (Aug 6th, 20th, Sep 3rd) and workshops (Aug 3rd, 30th) there. There is also a restaurant inside providing local foods with the artists’ ceramic works. 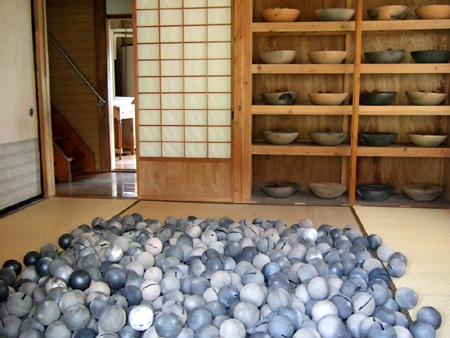 Another house-museum in Doichi, Tokamachi area had the old waiting lounge and infirmary of a dentists. Nan Hoover (USA/The Netherlands) retouched the room and turned the space and memory into artwork in a project called “Traces” (2006). There are also “The Dream Blanket Project” (2006) by Alfredo & Isabel Aquilizan (Philippines), “The Very Best Statue” by Lee Sookyung (Korea), and the ceramic project by Yasuyuki Watanabe in this house-museum. The local people who have made the ceramic works together explained to me about the projects. 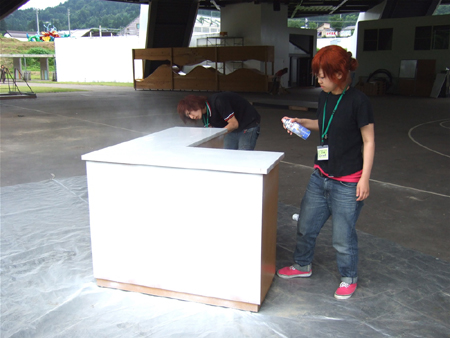 I met up with “KOHEBI” who were working for the next day’s event. “KOHEBI” is the name of supporters of this Triennial, consisting of variety of people from various areas, of various ages and genres. I felt lots of strongly-motivated eyes from them during this stay,such as architecture students from Tokyo and local young and elderly people who were managing information desk at some stations or venues. As an artist mentioned, the possibility of the Art Triennial might be shown in the fact that so much powers are gathering. 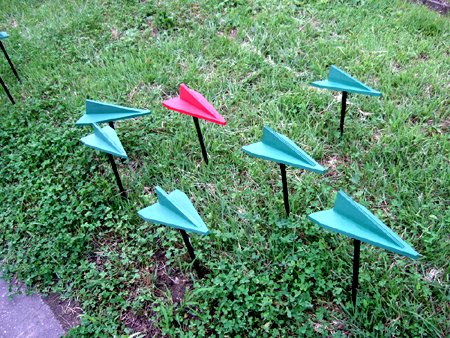 Guided by the artwork of Firoz Mahmud & G.A.’s (Bangladesh/Japan), “Age 9th in Fareast Pacific”, I headed over to the venue of the performance on the eve of the Triennial opening. This artwork, with the theme of transfer from the world to Echigo-Tsumari, is throughout the Tokamachi area. 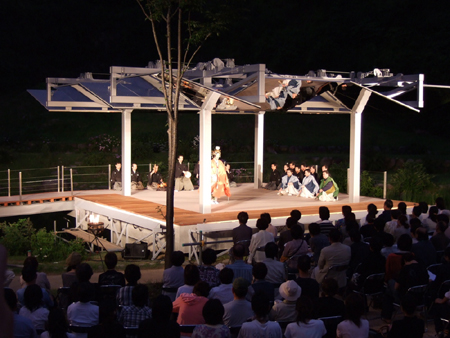 The performance on the eve of the Triennial opening was held in commemoration of the opening of the Noh Theater “Papillon/Pavillon” (2006), designed by Dominique Perrault (France). The Noh Theater, which also functions as an arbor during the Triennial, had Japanese Noh and Kyogen actors at the night. This area, Gejo in Tokamachi, was one of the places that suffered enormous damage from the earthquake, and the performance also conveyed a prayer for peace and post-earthquake reconstruction. Lots of press people and visitors gathered to focus on the best collaboration between French and Japanese artists. The metal on the roof reflected; surrounding green colors and water in a pond during the daytime, and brilliant plumages of actors in the crescendo when it grew dark. The grandeur of the surrounding nature was encompassing the visual scene. 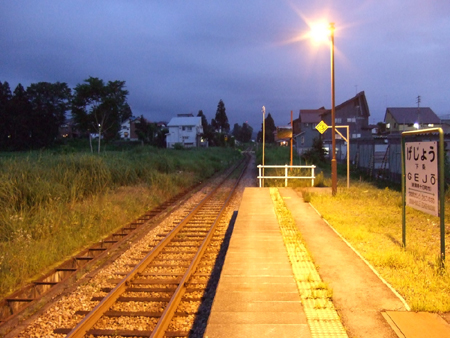 “How was the Noh performance?”, local married couple called to me. When I waved at an old man who was gazing outside from the window for long time, he just smiled back at me. One family was having dinner at dining table, opening all the windows, so I could see them all. At first, I was at complete loss with the distance of the Triennal, but walking and sweating, I often saw such scenes, which can not be seen in the cities, and was gradually filled with nostalgic feelings. Waiting for a train at Gejo station for 40 minutes, I felt I discovered some meanings of the Triennial.

That night, Matsudai Kannon Festival was held at Matsudai commercial avenue. Not just the Triennial projects, but there are many other local festivals or collaborated events you can enjoy during the Triennial. Despite the old woman worried about the weather at the avenue in the day time, sounds of the fireworks reached to Tokamachi where I was staying. At the inn, I got a woman waiting for me and saying “It’s late! I was worried!” like a mother.

There are also accommodations created by artists; “Dream House” by Marina Abramovic (former Yugoslavia) in Matsunoyama, Fushikuro Campground Cottages and “House of Light” by James Turrell (USA) in Kawanishi. Although it might be difficult to make those reservations in the summer holiday season, a journey full of arts would be wonderful experience. As one of art projects at night, “Star Light Project” by Takahiro Kimura (Japan) is being held in “Nakasato Kiyotsu Ski Area” every Friday and Saturday during the session.