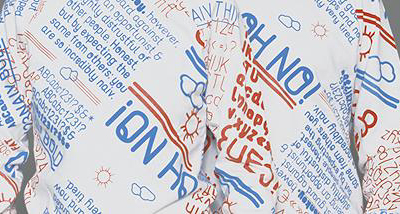 “Die Gestalten” has a new addition to the online Font Label this month, by graphic designer Timo Gaesnner from the grafic design studio “123buero“.

“Naiv“, named after the naive looking handwriting of children, is a grotesk rounded font with script elements. Available in both script and text versions in all weights, it is ideal for texts and displays. The script element gives “Naiv” a slight ornamental character and the rounded ends give it a real script feeling.