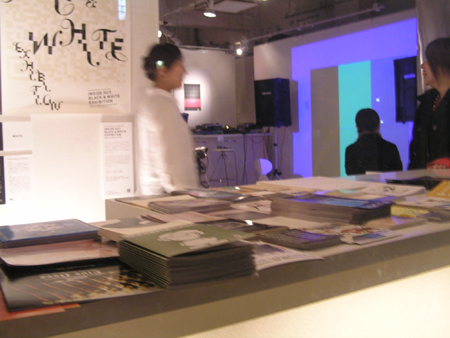 An exhibition shows the personality and professional “attributes” of the artist, if the artist is working both as an exhibitor and an organizer. This exhibition by 2 graphic designers highlighted their “attributes” as designers through their work and other elements. It was very fun and interesting for me. Let me introduce the experience to you. 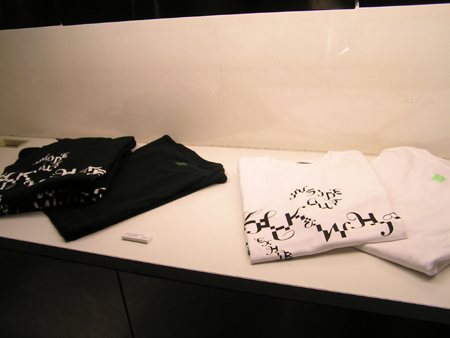 The exhibition “INSIDE OUT, BLACK & WHITE” expressing “comparison” is being held now by Sapporo-based graphic designers Ryo Ueda (COMMUNE GRAPHICS) and Naohiro Iwamoto (SISTER KEIKO) at “SOSO CAFE“. They also used to be the main members of the graphic free paper “Pirka”. This time, they developed the title of “INSIDE OUT, BLACK&WHITE” with a theme comprised of 10 digital words. 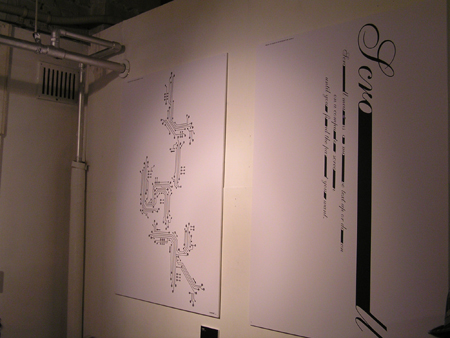 Their works were exhibited in “SOSO” and on the website at the same time. In the former and latter parts of the schedule, the works on the web and the venue were replaced. Each work in the exhibition has a QR code, and if you can access these you can see other works of the same theme. It was an enjoyable and unique device that you could enjoy by using your own mobile phone. 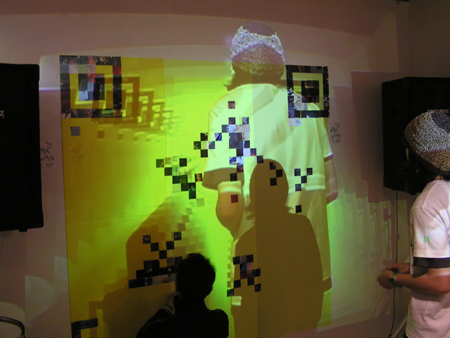 The opening party was held from 8 o’clock on 22nd April. The exhibition place “SOSO CAFE” changed into a simpler layout. On the biggest wall, a screen was set up. On the right side of the booth, the guest DJ Takahiro Nakagawa (HEATIN’ SYSTEM), leader of the regular club/jazz event “ESCOLA DO JAZZ” at “Precious Hall”, took charge and produced music in the hall. 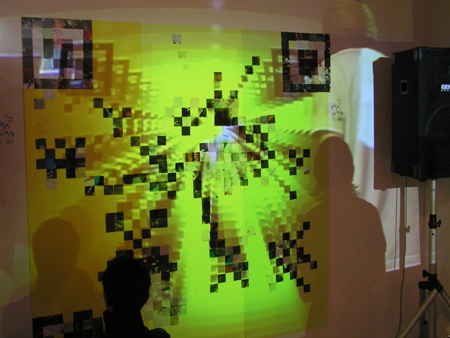 The live performance of the main event started after 9. A digital “canvas” was prepared using a projector through which they were making their works by putting up layers of small square materials. The look of making was filmed by video camera, and was projected by a projector. 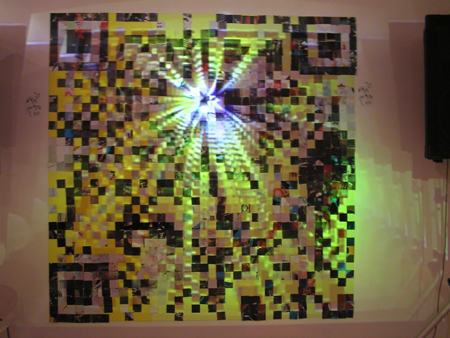 It was a unique performance in that it projected the event as it happened live in the same place. The screen of double exposure was like a gradation, three-dimensional, simple, and effective. It made us feel the concept of the exhibition. The work in the motif of QR code was made at last. 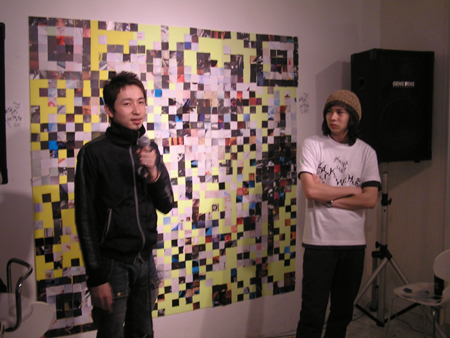 The definite reason and the concept are necessary and indispensable for the expression. It was an exhibition that made us feel their “attributes” as graphic designers.