Finally, I went to the largest exhibition hall of the Biennale – the former Jewish girls’ school. 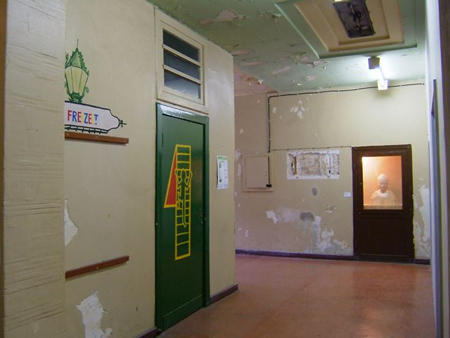 Everywhere in the building there were anonymous graffiti, posters and flyers. The exhibition was well integrated among those other given elements of the building. 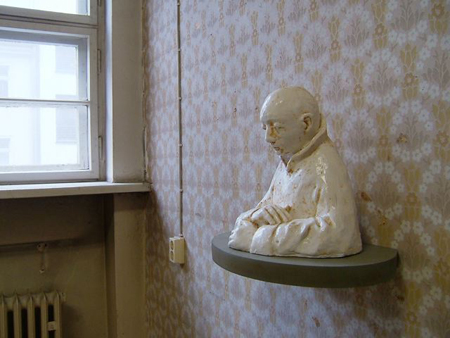 For example, art works are found in such a place that used to have some function. (The photo above is a wood engraving by Paloma Varga Weisz.) 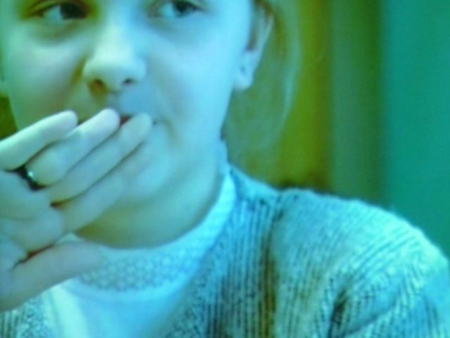 There are some works that stand out in my memory. For example, near the entrance to the exhibition, there is video art by Viktor Alimpiev that conveys children sitting in a classroom, banging on their desks, and in the next moment, covering mouths with their hands. The sound and overlapping image of an air strike, though not as strong as one would imagine, still reminds you of the dark history and the building’s former function as a school for Jewish girls. 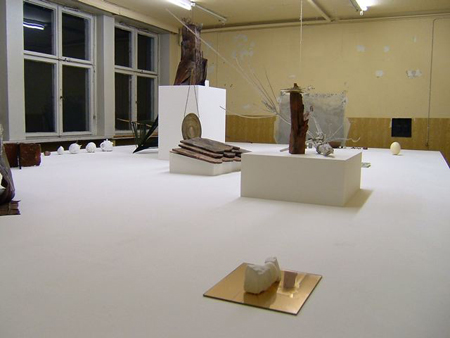 There is a collection of mysterious objects made from wood, copper plate, and white materials such as stone. They look like art by one artist, but in fact, it’s collaboration by three artists named Sebastian Hammwoehner, Dani Jakob, and Gabriel Vormstein. 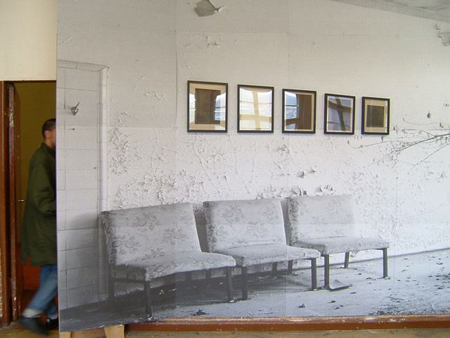 A real-size photograph of a room covers the entire wall, some real paintings were drawn on top of it. This bizarre spatial experience is a creation by Thomas Zipp.