The next exhibition is in the church. 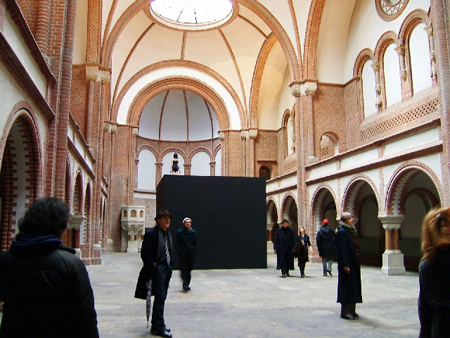 The next location, west of “KW”, is a church with an outstanding facade at the end of the Auguststrasse. Works of Kris Martin and Andro Wekua are shown here. The piece by the latter is reminiscent of primitive religion, whereas Kris Martin made a bulletin board that revolves without any display. Both reflect on the idea of “death”. 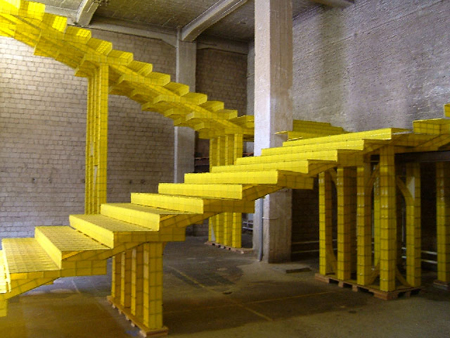 Another exhibition is located opposite from “KW”, in a former stable for horses that delivered mail from the post office. In its simple room with high ceiling, there is a sound installation by Pawelu Althamer, a documentary film about a gypsy band by Jeremy Deller and a neon staircase made out of fragile material by Michael Beutler. 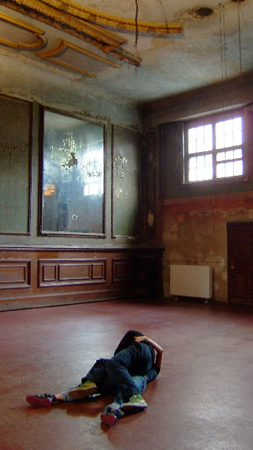 At Auguststrasse No.24/25, there is an old theater from the 19th century called “Ballhaus”. It’s a building with a small courtyard and a restaurant on the ground floor. Going up to the second floor from the entrance opposite from the restaurant, a performance by Tino Sehgal is on display. A man and a woman are crawling on the floor in a style of modern dance. Their loose movements make it look like two life-scale dolls making blissful love. 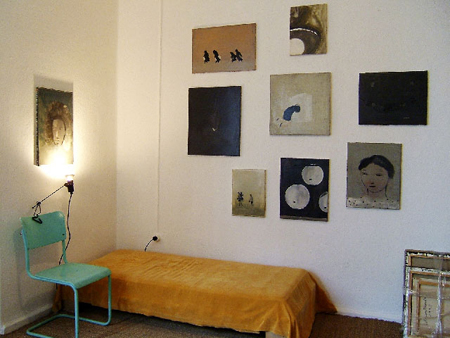 In this Biennale, some private residences are open to the public.
Among them, especially the exhibition on the third floor of Auguststrasse No.18 caught my attention. The drawings by Bremen-based painter Norbert Schwontkowski are hanging on the wall, but the interior of the room and its furnishings also seem to be part of his art work. In fact, this is used as his second apartment in Berlin, which is why I could feel a sense of history in this space. 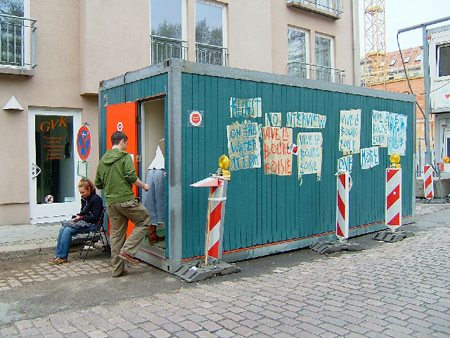 Construction sites are hardly seen anywhere else in Europe, but they are quite common in Berlin. Even containers on the street are a part of everyday life but looking closer you’ll find a Biennale sticker on one of them. This container houses a temporary cinema for a 15-minute lo-fi documentary film by Eric van Lieshout. The story is about his bike tour from his native country Netherlands to and through Germany. The editing is uniquely rhythmical.