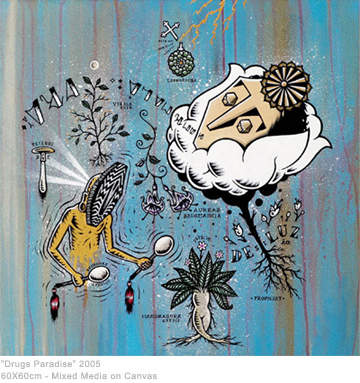 Stephan Doitschinoff, an illustrator based in Sao Paulo, Brazil, who has just illustrated called “Palavra Cigana (Gipsy Tales)” have released his new series of paintings inspired on the book “Divine Comedy” by Dante Alliguieri.

The series was commissioned by band “Sepultura”, and recently he also illustrated their new album. He also just moved to London, after his residency / exhibition in Manchester, and he has got a brand new website up!