People gathering at the main lounge increased on the second day, which was coming near to the weekend. All seats in the “SOFA” section were sometimes completely occupied, and people holding many magazines came and went to the place. Each desk at “KIOSK” section was surrounded by lots of people all the time, and some were sitting and enjoying online magazines at “RGB” section too. As a matter of course, the conferences and discussions at “FORM” section were also continuously animated. 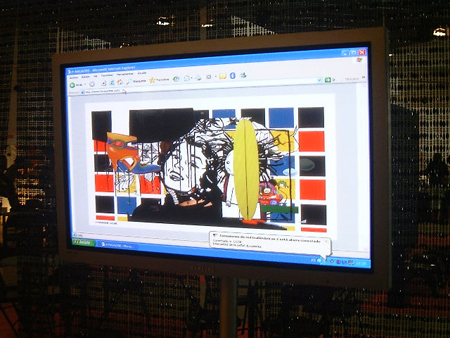 This year, SHIFT commissioned for online magazines in “RGB” section in the main lounge. Nine of these selected online magazines were introduced here, and displayed onto big screens. However, it seemed this section was little bit quiet in comparison with the others. Of course it might be needed to device the construction more, but the maximum reason could be because people can access online magazines anytime from anywhere, while there were many paper magazines they can come in touch with only at this festival. Instead, the discussion, which was held later by directors from online magazines, became heated with the main topic of debate being advertising. 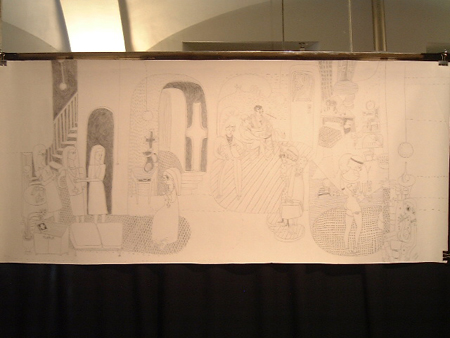 There were two sections added this year for the first time: “VISUAL” and “WORKSHOP”. These were done by magazine directors, its collaborators, and other artists from guest country Germany and the host nation Spain. “VISUAL” was a section of an exhibition space, which displayed works by the collaborators of guest magazines and artists working for the main sponsor “Women’ Secret”. “WORKSHOP” was carried out mostly throughout 2 days of the holding period, and the participants or students who reserved for it beforehand, experienced professional works with magazine directors or its collaborators. 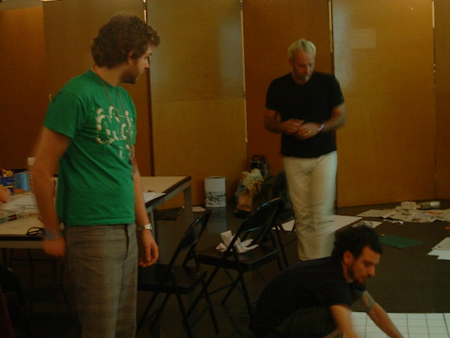 A collaborator who was working for both “VISUAL” and “WORKSHOP” was “HORT“, a design team from Frankfurt who had also done the cover design of SHIFT 104 issue. Martin Lorenz from “HORT” gave a workshop on the first and second day. Defining that the most important thing with creative works is to have a clear planning or defined language, he proposed an interesting attempt that is to visualize an impressive word from a movie with each individual interpretation. “It’s very interesting for me too because students come up with great ideas which I do not hit on,” Martin said. It was impressive to see the students designing seriously with limited materials from everyday life.

Also, Martin Lorenz showed his working progress in “VISUAL” section on the
third day. It was a part of an ongoing graphic tour project “The One Weekend
Book Series“. 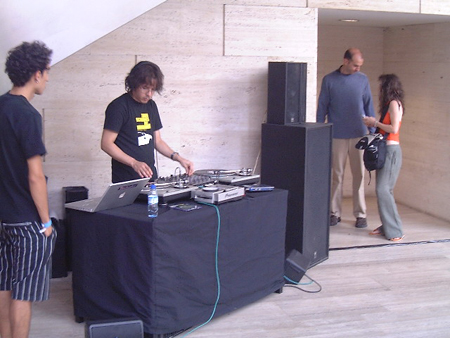 The festival had one more section called “OUT”, which hasn’t been mentioned yet. This was a relaxing space where magazine directors and collaborators spun as DJs during the daytime. Parties in the evening were also lived up as a part of this section, including the opening party on the first night. The second night’s concert took place in a courtyard space of “CCCB”. There were live performances by “WYZ” and Patrick Wolf, and “NO DOMAIN” colored each stage with dynamic VJ screens. 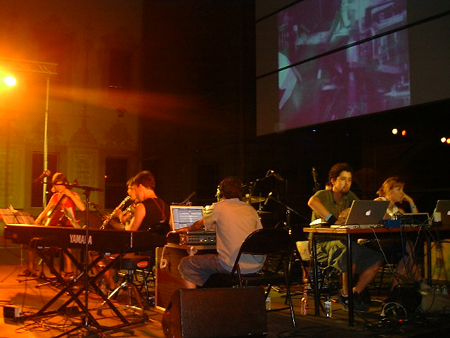 Under the sky of Barcelona, it was still warm and comfortable even as the night went on. SHIFT has featured lots of various large international festivals taking place in Barcelona, and I always have grasped the animation of this place by reading the reports. Touching the night air and enjoying the music, I felt like I realized the reason why Barcelona is special.