How many home appliances are we surrounded by in daily life? They are there as a matter of course. “Atehaca home appliances project“, organised by Toshiba and Intentionallies, is for producing home appliances with beautiful forms and colours.
Finally the time of releasing the products has now arrived. Except an electric pot which will be available from the 1st of April, an IH rice cooker, an electric oven, a microwave oven and a coffee maker have already been sold since the 16th of February, 2002. 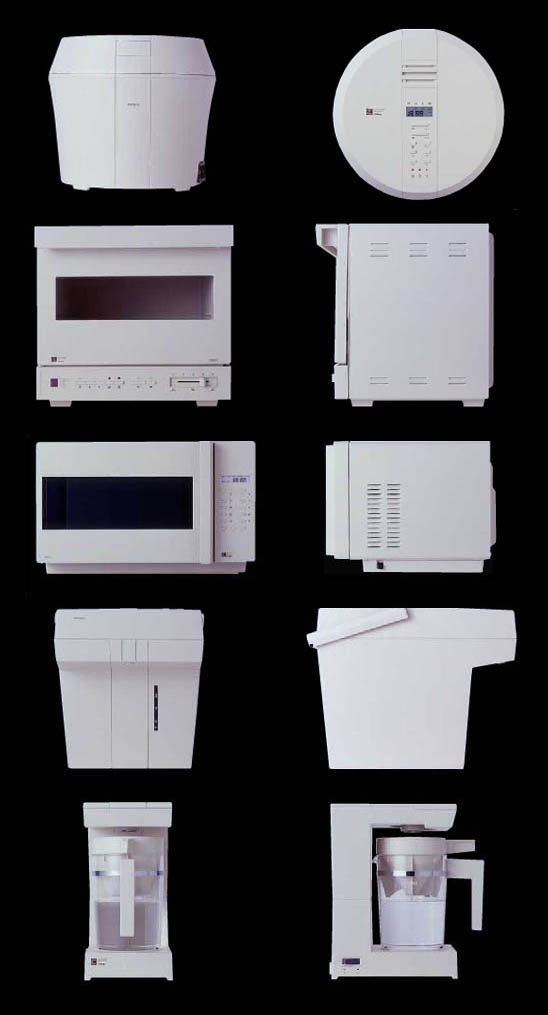 The meaning of “atehaca”, which is the name of this project, is “one’s personality, appearance and attitude is elegantly beautiful. Being graceful” in old Japanese. The appliances image the dishes that are placed on a dining table and these appliances definitely create an elegantly beautiful life space. Also, the pictogram, which has existed from ancient times in Japan, has been used in the appliances for visual communication. This is a project due to renew the image of the current home appliances. The existence of them in the life space surely will be changed. The phrase on the web site “the true opening for the new era” was pretty impressive. And it really can happen.

ATEHACA
Products (from the top in the photo above):
IH Rice Cooker: 28,000 yen
Electric Oven: 23,000 yen
Microwave Oven: 37,000 yen
Electric Pot (available from the 1st of April): 25,000 yen
Coffee Maker: 15,000 yen
The availability of the products in foreign countries is not decided.
Contact: mail@atehaca.com